There was a recent study done by researchers at James Cook University where they went to two Australian islands.

Out of the study group from both islands it was found that 19 people had moderate to severe depressive symptoms.

So what does this even mean and why is it important?

Well both omega 6 and omega 3 are important for our body, but ideally they should be at a 1:1 ratio.

Fast food and processed foods have very high levels of omega 6. If this is your primary source of food, you are naturally going to cause an imbalance of your fatty acid levels.

Traditional well balanced diets help to maintain the healthy 1:1 ratio. Unfortunately, contemporary Western diets can have a ratio of omega 6 to omega 3 as high as 20:1!

There are many foods that we expect to see sugar listed as part of the ingredient list, but I bet that even if you are diligently reading labels, you probably are consuming more sugar than you even realize. The food industry has gotten pretty slick when it comes to how they name “sugar” on nutrition labels. 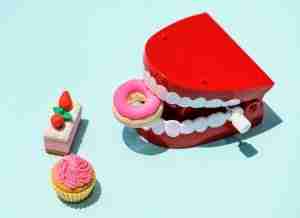 Here are just a few of the many popular names for sugar to lookout for:

The food industry literally adds sugar to just about everything because they know our brains are programmed to love sugar. The more addicted to it we become, the bigger their pockets get. Unfortunately the consumption of these refined sugars is starting at a younger and younger age. From cereals to juices and snacks, many of the things we are feeding our kids are jam packed with sugar and these habits get carried onto adulthood.

Some US government surveys estimate that the average American consumes about 152 pounds of sugar per year (and I’m sure they low-balled it)! No wonder that cases of obesity, dementia, diabetes, heart diseases, depression, and cancer keep growing exponentially every year.

Get into the habit of checking the nutrition labels and be more conscious of your sugar intake.